The best equity performing sectors of this month were Smaller companies, with US leading the way followed by the UK with returns of 4.21% and 2.90% respectively. 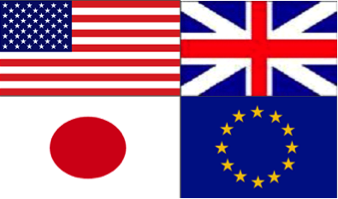 December on the back of a strong November for equities proved to be another risk on and positive month for equities.

Following the euphoric Vaccine news in November, December returns were always unlikely to match these but still a positive month for equities. 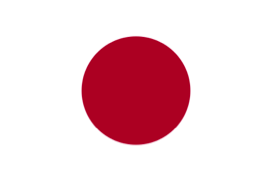 In terms of best performing sectors, Japan finished top at 6.2% return based on IMA sector average performance. Much of this return was down to a favorable currency effect and a reasonable (at this stage) transition of power following the change of Prime Minister. Japan, often perceived as a relatively cheaper market compared to certainly the US, benefited from market sell offs although we think this was more to do with the YEN.

The sector of the month by a long way is the Specialist sector.  Driven by the significant increase in the investment in Gold.  Other sectors were mainly stable with no major losses.

The winner of sector of the month goes to the Global Equity sector.  Quite amazingly this is only the second time that the Global Equity sector has been the best.  The previous time was all the way back to November 2014.  Way back then we had a cut in interest rates by the People’s Bank of China which surprised everyone at the time although it did follow the China State Council’s announcement of a ten point plan to reduce financing costs.  At that time Japan announced that the hike in sales tax (VAT to you and me) was to be deferred by 18 months.  The UK economy was growing but it was considered it too was quite slow and weak, quite like Europe at the time.  It was around this time that the current UK Chancellor of The Exchequer, Rishi Sunak,  was selected as a candidate to replace William Hague in Richmond for the Conservative party – more on him later.

The months top performing sectors and regions was a continuation of the top performers for 2020.

China delivered returns of 6.2%, Asia Pacific 3.05% and Global Emerging Markets 2.84%, with the developed western world considerably behind with North America 0.53%, and UK all companies sector and Europe delivering -0.76%, and -1.86% respectively.

November turned out to be one of the best months seen over the last 30 years for equities globally in a very much risk on month for equities down to two reasons in the main.

August proved to be an extremely positive month when equity markets dominated asset class returns. August in a normal year is typically a quiet month when holidays take centre stage for fund managers as well as politicians and everyone else.

Markets are continuing to show an upwards trend, recovering quite well from the significant falls in March.  The sector with the largest increase and winning sector of the month for the first time since November 2018 is the Asia ex-Japan sector.

After some quite bad results last month and in February there was a sea of positivity in April 2020 with only UK Direct Property being negative and even then by only a small amount.  The sector with the greatest recover in the month is the Specialist sector, lead significantly by the impact of price of Gold.  Significant upward movements were also evident in North America and the UK All Share.